Dyskusja panelowa: Populist Rebellion Against Europe? Contextualizing the current rule of law crisis in Poland in a European perspective

On 7 October 2021, the Constitutional Tribunal of Poland issued a ruling that is seen to fundamentally question the legal order of the European Union. It is the latest episode in an ongoing conflict between Poland and the EU on the rule of law. The ruling has raised questions on Poland’s relation with the EU: What are the ramifications of this ruling for the place of Poland in Europe? And how should we understand this judgment in light of a broader trend of illiberal, populist and Eurosceptic politics in Poland and the region of Central and Eastern Europe?

In this panel discussion, four distinguished speakers will address these questions and more from legal, political and sociological perspectives. The event is organised in the framework of POPREBEL, a Horizon2020-funded research programme on the rise of populism – in its various forms – in Central and Eastern Europe (CEE).

The speakers on this panel are as follows:

Mirosław Wróblewski, Director of the Department of Constitutional and International Law of the Office of the Commissioner for Human Rights in Poland (Biuro Rzecznika Praw Obywatelskich).

Michiel Luining, PhD candidate at the University of Antwerp, researching law and critical discourse with a focus on how Poland and Hungary change European law discourse.

Prof. Zdzisław Mach, Professor at the Institute of European Studies; Scientist-in-charge for POPREBEL at the Jagiellonian University in Kraków.

Dr Natasza Styczyńska, Assistant professor at the Institute of European Studies; POPREBEL researcher on populist Euroscepticism in Poland at the Jagiellonian University in Kraków.

The discussion will be moderated by Jan Meijer, research assistant for POPREBEL at the Jagiellonian University in Kraków. 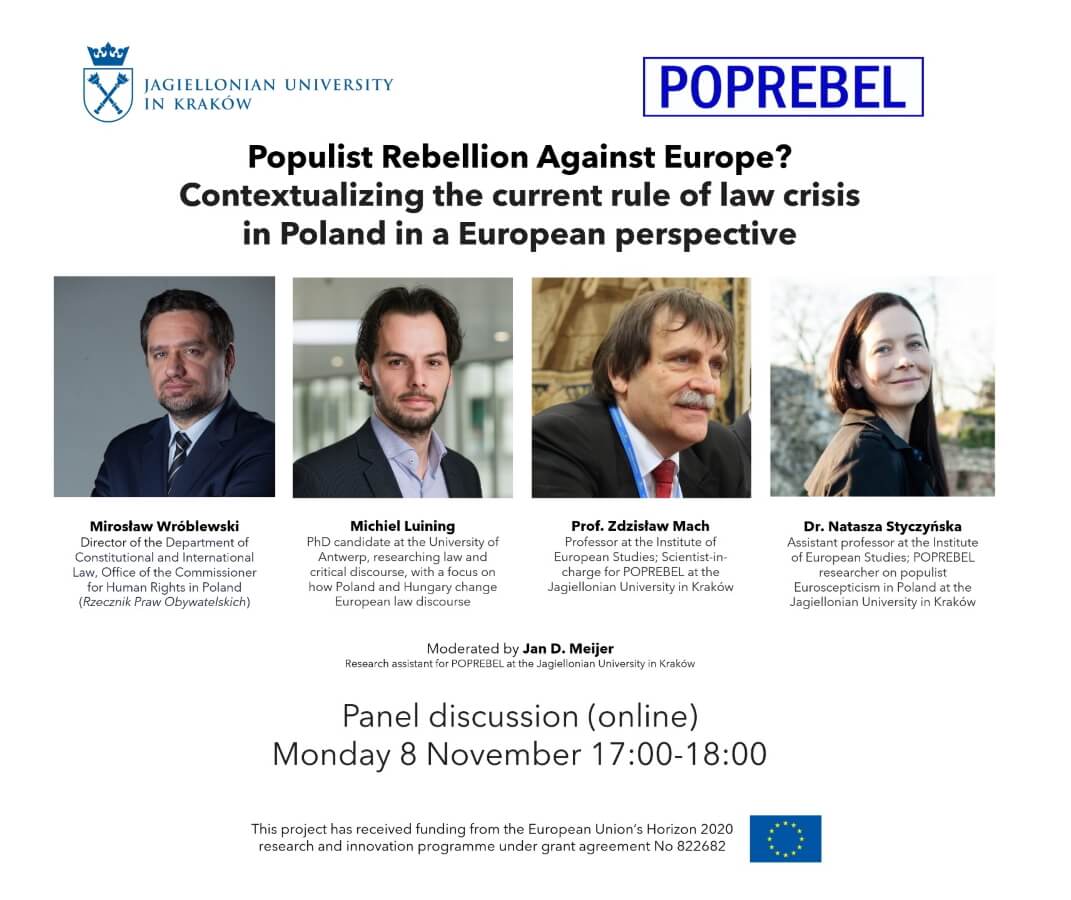