We would like to invite you all to check out the New Issue of European Cybersecurity Journal where you can find the article of ISAD students -Christopher Wijono and Esther Staes.

„The Panoptes Maya: Virtualizing the Foucaultian Panopticon in Surveillance and its Reinforcement Through the Adversarial Internet

“Writing The Panoptes Maya was an interdisciplinary attempt at melding the distinct fields of cybersecurity, study of information technology, and political philosophy. Initially drawing from Bentham’s conceptual approach, the analysis then focuses on Michel Foucault’s approach of the Panopticon as less an architectural system, but as a hierarchical relation of power of the watched/observed, and those who watch/observe. Foucault then connects this capacity with the capacity to influence people and society by constructing a society of discipline of control. We expand upon this by arguing that technological advancements allow for the transformation of the surveillance system proposed by Bentham, and the hierarchy of power proposed by Foucault. Where the tower and its guardsmen were once opaque and present, it has become virtual. Where the walls of the prison once confine the prisoners from the world and each other, it has become a translucent curtain from which one can perceive the “other”.

The translucency of this “curtain” then transitions the question from the discussion of power to the discussion of ethics: now having a glimpse of the mechanisms that govern and observe them and cognizant of the identity of the guardsmen, the observed is now in a position to question whether the position is appropriate: whether it’s morally right or wrong, or whether it’s ethical. The crux of the paper is the concept of “Adversarial Internet”, arguing that certain uses of information technology (especially the internet) is geared towards unethical means and unethical ends (e.g. intrusiveness, breaches of privacy, for-profit activity, etc.), such as reinforcing the hierarchy of power, greater acclimatization to unethical practices, or pushing back against dissent. This is followed up by a short overview on how this is present and realized in contemporary societies, such as the USA and the PRC, and how the EU might act accordingly to avoid the dangers of adversarial internet.” – Christopher Wijono

The text can be downloaded. 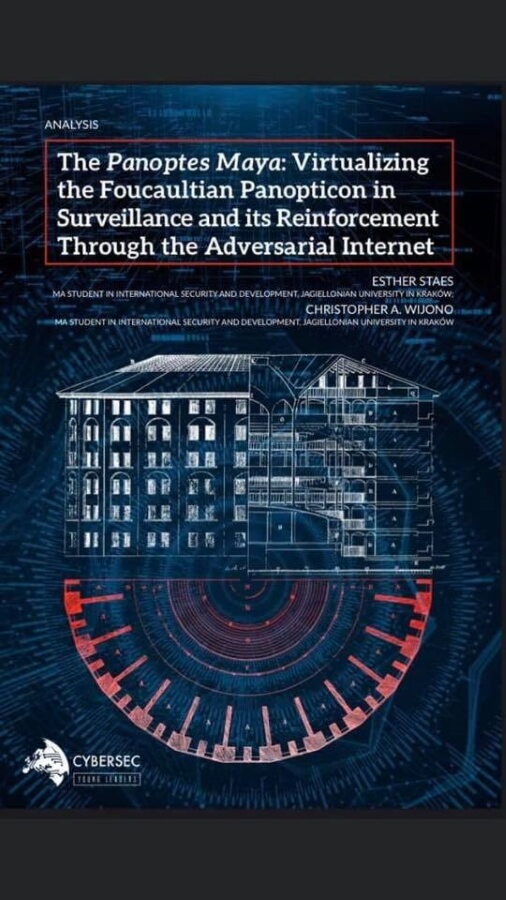